Nathan was born in Lebanon, CT, on 3 Nov 1772 to Elkanah Tisdale and Abigail Hodge.  He was the 2d of six children that I have found records for.  His early life, like so may people in this era, is not well documented.  However, it appears that he found an interest in medicine, and on 10 March 1799, he joined the new US Navy while in Norwich to gain some experience and adventure.  He was ordered to report to the new sloop of war Connecticut recently launched in Chatham (Portland), CT, to serve as assistant surgeon, and so Nathan made his way to Middletown, and across the CT River to Chatham and where the ship lay.  He reported for duty on Friday, 26 July 1799, just in time for the vessel to begin moving down the River and to New London, arriving on off of Fort Trumbull on Thursday, 22 August.

He was serving under Dr. James Wells – ship’s surgeon – when the Connecticut chased and captured the French privateer L’Italie Conquise, on 29th/30th of December, and he was assigned to that capture as the ship’s surgeon of the prize on 18 January 1800.  This vessel was sailed back to the States to be condemned as a lawful prize in a maritime court, and Nathan headed for home in Norwich pending further orders.

Nathan received those orders on the 29th of October, 1800; The Connecticut arrived in New London on the 25th of October 1800, returning for repairs and to recruit a new crew.  The orders were simple and to the point:    “ Sir, you will immediately repair to New London, & place yourself under the command of the commanding officer of the CONNECTICUT.

On the 12th of November, the new commander of the Connecticut was Capt. Richard Derby, and Nathan remained as assistant surgeon until 20 April 1801 when the ship is in New York for decommissioning and Nathan transferred along with many of the crew to the USS Essex, Capt. Preble.  Nathan serves through the early Barbary Wars in the Mediterranean, but returns to the US in 1804, and resigned from the US Navy on 16 April of that year.

On 12 September 1805, in Norwich, New London County, Connecticut, Nathan married local girl Elizabeth Tyler, daughter of Rev. John Tyler and Hannah Tracy. They sooner after removed to Southport, Fairfield County, CT for Nathan to accept a medical position there.  They joined the Trinity Episcopal Church in Southport. Elizabeth gave birth to Mary Elizabeth Tisdale there in 1807, baptized on 7 June. In 1813, she gave birth to Abby Emma Tisdale, baptized on 18 April. The following year saw the birth of George Horatio Tisdale, still in Southport, but he was bptized on 6 April 1817.  By 1819, the Tisdales had moved to nearby Stratford, CT, where daughter Harriet Eunice Tisdale was likely born; then in 1821, there was born Elizabeth Frances Tisdale, baptized on 3 June. By 1823, Nathan is listed as residing in New Milford, although daughter Sophia Augusta Tisdale was born this year while in Southport, baptized on 17 August.  Harriet Eunice does not appear in the records for that church.

Nathan had served well as an assistant surgeon and at a meeting of the Connecticut Medical Society, the “Fellows of the Medical Society of the State of Connecticut” held at New Haven, 16 October 1816, Nathan Tisdale was voted in as a “fellow” in Fairfield County. In 1819, Nathan is found in a Directory of Physicians living in Stratford, Fairfield County, CT.  In 1822, “Nathan Tisdale of New Milford” received the Honorary Degree of Doctor of Medicine from the Connecticut Medical Society; this is to say that he was officially recognized as a doctor, rather than it being an honorary degree.

In 1824, Nathan moved his family back to Norwich, buying the house opposite of the Episcopal Church at the location of that time, and set up practice.  By 22 December of that year, his wife Elizabeth died. I have no evidence of Nathan having remarried and so it is presumed that he raised the children on his own, likely extended family aiding him.

He died on 15 July 1830 in Norwich, and was buried in the old Anglican burying ground of the original chapel later replaced by Christ Church Episcopal at 78 Washington St, Norwich, CT.  This is where his parents, his wife, and her parents were also buried. Here is a FindAGrave memorial I placed up.  The headstone reads: 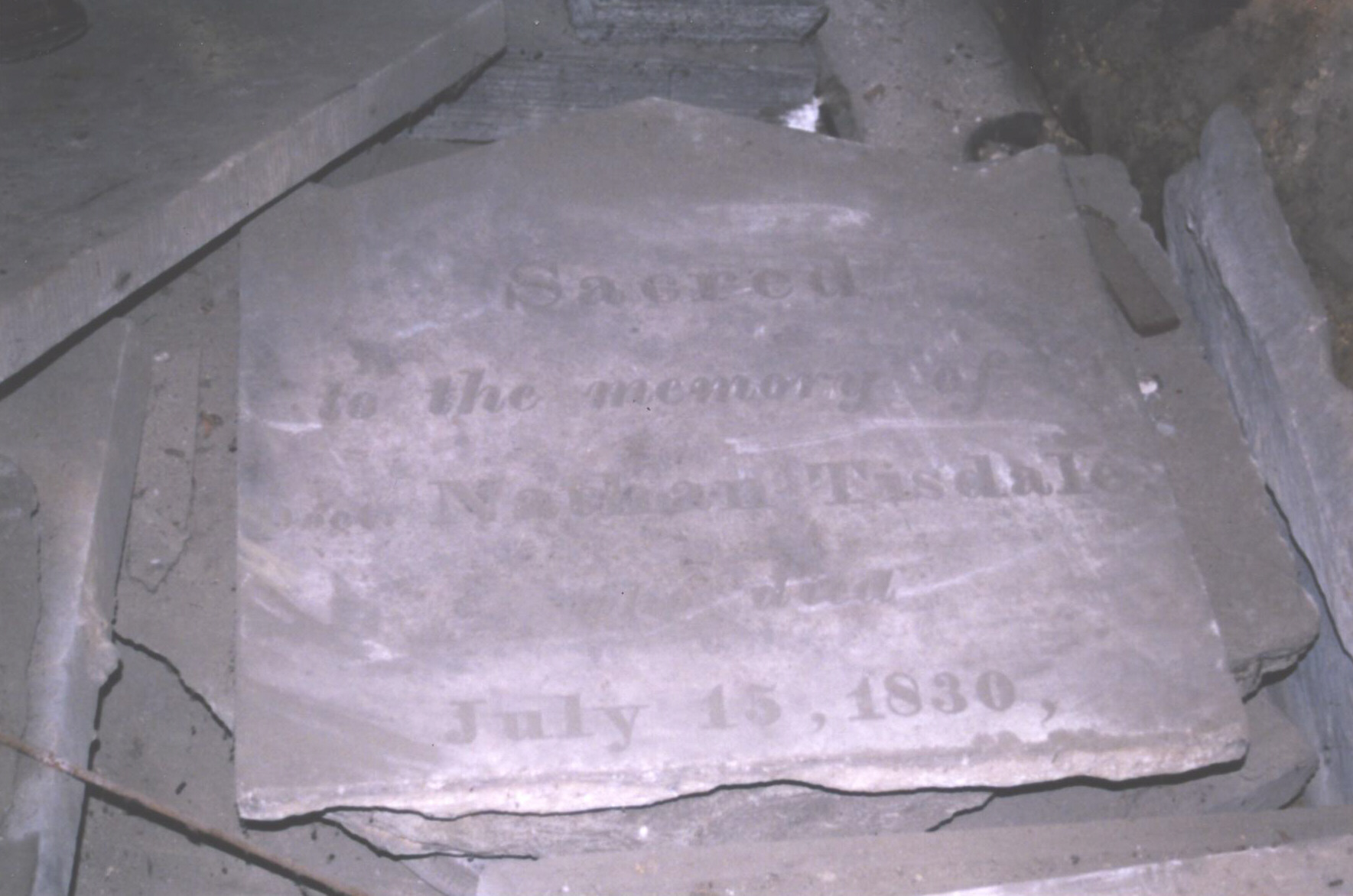 Photo that I took myself in 2006. It has been “borrowed” by a few genealogists who have taken “screen shots”, then shared them, and not given me credit for the photo.

Interesting story for this church in Norwich.  The parish was form in 1747 as a congregation of local Anglicans, and a typical church of wood was erected at what is currently 78 Washington St, Norwich, CT.  A burying ground was dug around it for parishioners.  By the time of the American Revolution, regardless of the Anglican Church being associated with “Mother England”, the congregation grew.  It was decided to purchase some land along Main Street in town and there they built a larger structure in 1789; they changed their denomination to “Episcopal” as did all the Anglican churches in the new United States, trying to break association with England.  However,  the older church building was kept as a chapel for the burying ground; funerals and sometimes other ceremonies would be held at this older location.

Membership dwindled with another “revival” era of people joining other church denominations, and by 1840 it was decided to built a new structure on the site of the old church. To this end, the congregation voted to sell the original church building on Washington St to Salem, CT, for 500$, “table and stove included”, where it was removed to by ox team, and set up at Salem for their town hall and shared by their Episcopal Society.  In order for the Norwich congregation to make room for the newer, larger, building of brick, the burying ground was dug up and the remains collected to be reinterred just in front of and beneath the Chancel (more or less), indicated on the floor of the new church by a great cross inlaid in the floor.  The headstones were gathered up and placed in the sub-basement of the church, and preserved from the effects of “acid rain” and other erosion.  This new church building was consecrated in 1849. 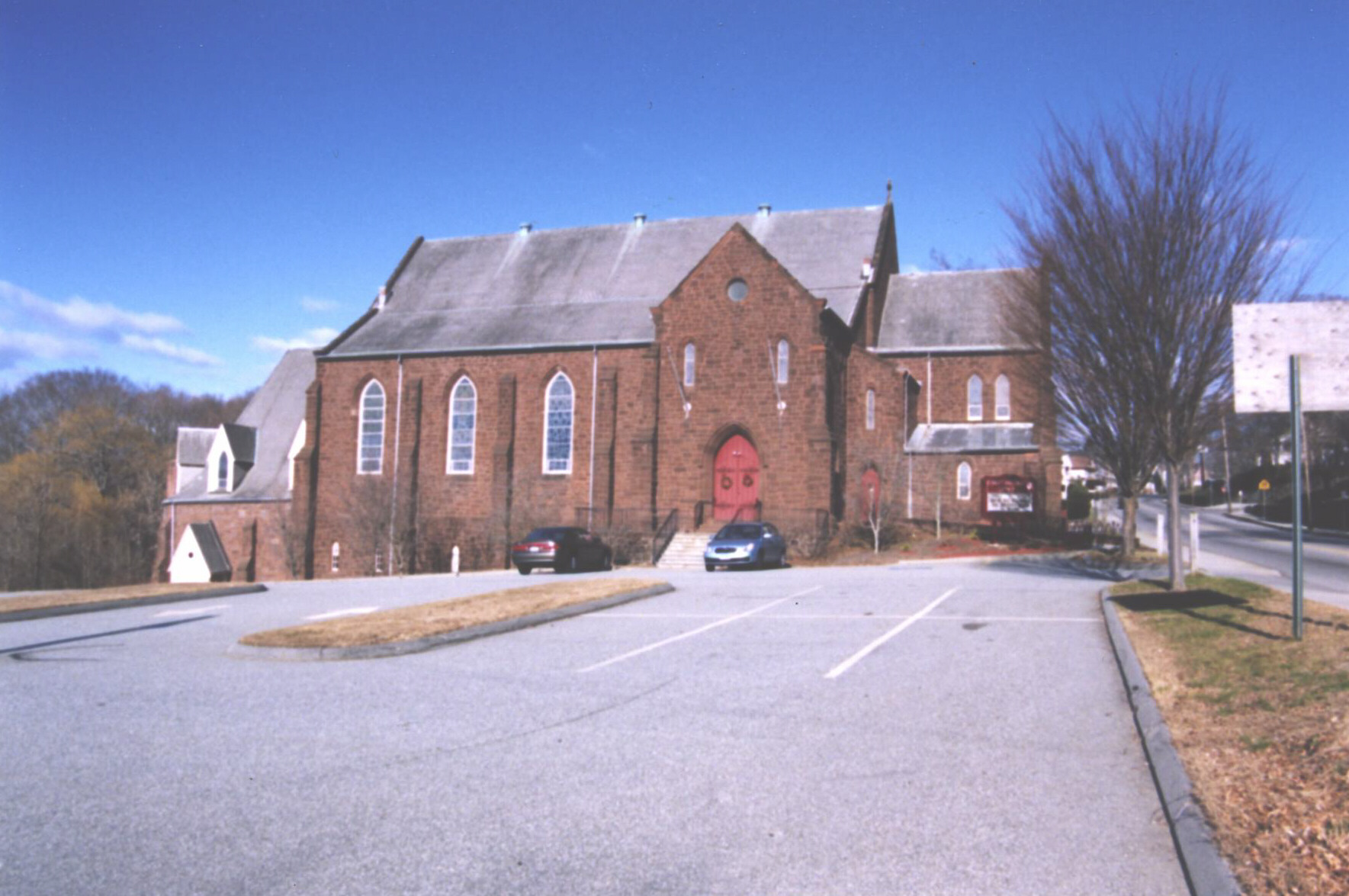 Christ Church on Washington St, Norwich, CT. The parking lot had been the burying ground. 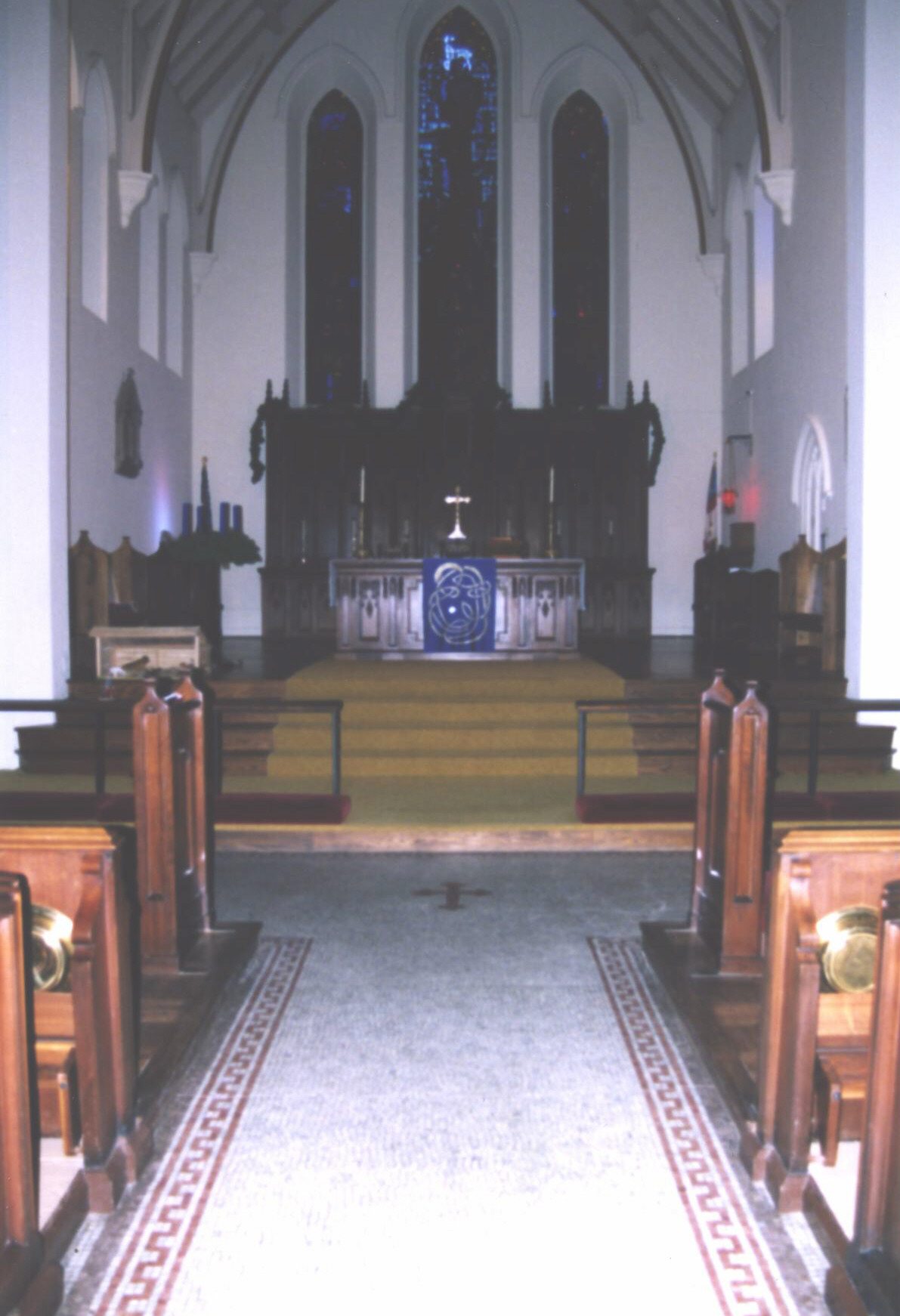 Chancel and Sanctuary of Christ Church in Norwich. Note the cross in the floor.

I had found out about this when at the Connecticut State Archives, stumbling upon a little rare book entitled, “Inscriptions from Gravestones in Christ Church, Norwich, Conn.” by George S. Potter, 1906.  I reached out to the church and made contact with the priest in 2006, and requested permission to view the stones and photograph the stone for Nathan.  After some deliberation, it was granted, and the church sexton escorted me into the sub-basement (low ceiling!) to see what “only a couple of people alive today have seen”, and after sifting through the piles of stones, located the one for Nathan, and I took the photos you see above and below in this article. 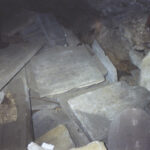 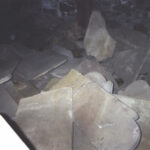 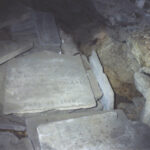 The stones in the sub-basement as I viewed them upon entry in 2006.